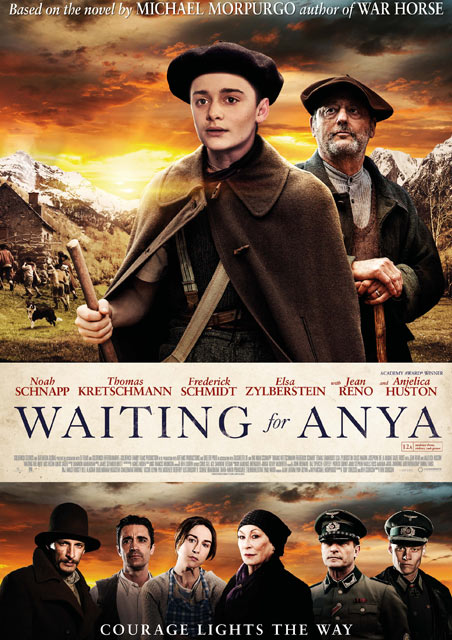 From the mind of world-renowned author Michael Morpurgo comes the cinematic adaptation of Waiting for Anya  a powerful and authentic true story of a young shepherd that had a key part to play in one of the worlds most shocking moments in history.
Based on the novel by the author of War Horse, Waiting for Anya follows the story of Jo Lalande, a thirteen-year-old shepherd living in the mountain village of Lescun.
Though Europe may be ravaged by the horrors of World War II, Jos world in the French Pyrenees has remained remarkably untouched. That is, until a ferocious encounter with a bear introduces Jo to the mysterious Benjamin, a Jewish refugee who is desperately awaiting the arrival of his missing daughter, Anya, before making his escape across the border.
Making friends with Benjamin and his mother-in-law Horcada, an isolated widow who lives in the nearby mountains, Jo becomes aware of a very dangerous secret  the family are involved in smuggling Jewish children over the mountains to the safety of Spain. In a heroic act of defiance, Jo promises to assist Benjamin in his endeavoursbut soon becomes embroiled in a perilous conspiracy when German troops make their descent upon the village.

No times have been scheduled in for Waiting for Anya. Please check back later.